I went to see Five Feet Apart Friday night. I have never been so nervous and excited to see a movie at the same time. I put a lot of pressure on the movie, because having light shed on cystic fibrosis is something that I have been wanting for a long time. Sadly, most of the time when it is mentioned in a TV show, it leaves me feeling disappointed. So the fact that a big Hollywood movie is focused solely on the disease is huge!

So is the movie accurate? Does it really do justice to cystic fibrosis and what it is like living with it? Should people go see it? Will it raise awareness? Yes, yes, yes, and yes!

You could tell how much time and effort they put into researching cystic fibrosis and what life with the disease is like. They showed so many details from the G-tubes, ports, and oxygen all the way to the main character, Stella, coughing up mucus. They showed all the medications and treatments and even went into showing how complications can throw off all the plans for treatment. Even though I am not in the hospital very often, and I don’t have a port or a G-tube, I saw myself in the characters. I especially connected to some of the things they said about living with a disease that is slowly killing you. There is a moment when Will talks about how we are essentially drowning… I so feel that! My biggest fear is drowning or suffocating, and I know it’s because of CF. Poe also talked about how hard it is to be in a relationship because of not wanting to put all of this on another person… the bills, stress, and everything else.

There were also little things that I’m not sure the typical movie goer would pick up on. For instance, when Poe calls Stella sister, I imagined it being spelled cyster, because that is a term that many in the CF community call females with cystic fibrosis. Then there are the interactions with the parents because people don’t really understand what parents of kids with terminal illnesses go through. I don’t know how my parents do what they do for me. They are so strong and have always been my advocates in everything I do.

For those people who did not think the movie would bring awareness, you could not be more wrong. It was very informative. It went into a lot of details without talking over people’s heads. I went with a person who didn’t know a lot about CF, and the movie led to some great questions and conversations. Also, before the movie, people were just staring at me and giving me weird looks because of my mask. After the movie, I was still getting looks, but then they would smile. It was like they had a new understanding of why I was wearing the mask.

There were a ton of teenage girls in the theater when we went, but my hope is that more adults will take the time to see the movie. I know it’s a teenage romance, but the cystic fibrosis part of the movie is so much more important than that.

So please, please, please go see this movie! Take your friends and family with you! I will be seeing it again in the theater for sure. 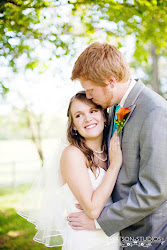 Me on my wedding day 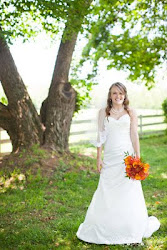 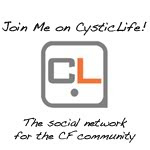 This is a great website that is sort of like a Facebook for people dealing with Cystic Fibrosis. Meet people who have CF, have children with CF, or have friends with CF from all over.

Sites You should visit

Cystic Fibrosis in a Nutshell

CF is an inherited chronic disease that affects the lungs and digestive system. A defective gene causes the body to produce unusually thick, sticky mucus that clogs the lungs and leads to life-threatening lung infections, obstructs the pancreas and stops natural enzymes from helping the body break down and absorb food. The predicted median age of survival for a person with CF is now more than 37 years old.

That being said, it affects everyone differently, and I try to live my life as if there is no predicted age of survival.

Click here to make a contribution to the Cystic Fibrosis Foundation. Every little bit makes a difference!

What you will find here